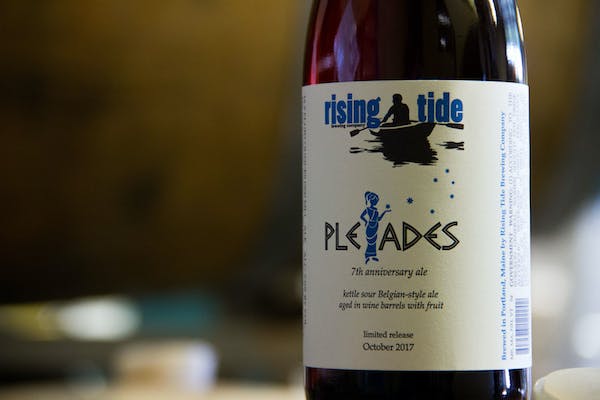 Pleiades [Seven Sisters]— an open cluster of seven stars located in the constellation of Taurus. The seven daughters of Atlas and Pleione, transformed by Zeus into seven stars. The season of navigation began with their heliacal rising.

Pleiades is our limited release 7th anniversary ale. It is a kettle soured Belgian-style ale aged in wine barrels with fresh raspberries. Released at our 7th Anniversary Party on Sunday, October 1, 2017.